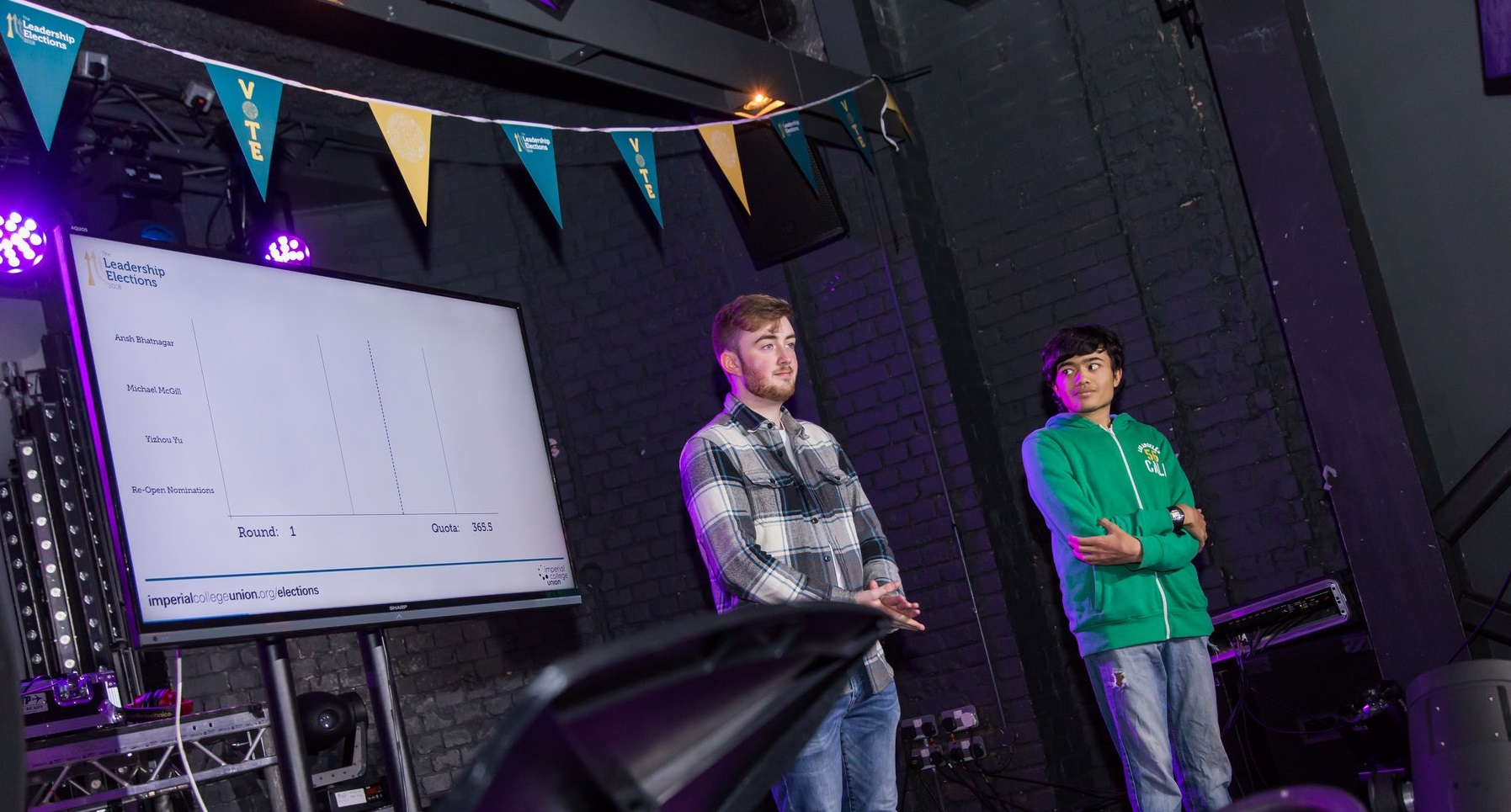 This collection contains information relating to the following areas:

Democracy plays a key part in how the Union runs and is one of our core values. In keeping with this, and in creating a meaningful student democracy, Clubs, Societies & Projects (CSPs) hold elections on an annual basis to decide on who will run the CSP over the next academic year. The positions being elected are those on the committee of the CSP and are outlined in the group's Constitution.

All CSP elections must be conducted in accordance with the Elections Bye-Laws (rules) of the Union Constitution, the Union's governing document.

When do elections take place?

There are a number of election cycles throughout the academic year as follows:

There are two methods of holding an election for your Club, Society or Project: online or via a meeting of the CSP as follows:

The method you use will depend on the number of members your CSP has. This excludes Departmental societies - those which fall under a Constituent Union - who automatically require an online election (eVoting).

If you have equal to or more than 140 members, and therefore run your elections online (eVoting), your election will run in line with the associated election timetable

The timetable is set by the Elections Committee, by the advice of the Deputy Reurning Officer (DRO); the individual(s) that oversee the running of the election. This is then voted on at Union Council before it is communicated out to the student body. The timetable outlines key dates in the election including when nominations open and close.

To see a sample election timetable, you can refer to the Leadership Elections, By-elections & eVoting article.

The deadlines set are strict and cannot be moved so it is important you, your committee, and members are clear on the dates specified. For example, if a candidate misses the deadline to submit their manifesto, their nomination will remain in the election however without a manifesto.

To learn more about online elections, you can refer to the Leadership Elections, By-elections & eVoting article.

If you have less than 140 members, and therefore run your elections via an AGM or EGM, you will set your own election timetable. Your timetable will need to follow the Minor Election Bye-laws (rules). For example:

The Returning Officer shall produce details of the arrangements for balloting and for complaints procedures, and ensure that they are publicised to all Members of the Union who are eligible to vote in the election being held no less than five (5) clear College days in advance of the nominations period opening

Your election must be completed before the end of the respective term.